A downloadable game for Windows, macOS, and Linux

Demon Iacobus has invaded your world, and Last Bastion is the only safe haven left. An evil dust cloud is gathering on the horizon and fast approaching the castle. Everyone is cowering with fear within the walls, making their peace with the dark end that awaits them... Everyone except a single brave dwarf warrior, sworn to stop this evil madness for once and all. The fate of the good will be decided here and now and defense of the Last Bastion is your hands.

Climb into your giant ballista and mow down waves upon waves of dark forces. Defend the final dwarf fortress against brainwashed masses, creatures of nature controlled by an evil spell and even the undead. Face Demon Iacobus without a flinch and become the ultimate defender of the free world.

MOW DOWN ENEMIES THAT HAVE CHARACTER

Battle through 11 chapters of the Last Bastion saga to face and banish the ultimate evil in the end. In this struggle be ready to encounter germophobic goblins, fire breathing spiders, diffident archers, forgetful wizards, masochistic skeletons and many more! Laugh at their puny comments and pitiful quip attempts as you skewer them with your giant bolts.

USE AN ARSENAL OF BALLISTA AND BOLT COMBINATIONS

Use a huge arsenal of ballistae and magically enhanced bolts to wreak havoc and make evil think twice on extinguishing the last flickering light of hope. Freely browse, purchase and use any equipment during battle. Come up with your own strategy by experimenting with what weaponry works best against differing formations of enemies.

Get up to speed with your task of Last Bastion's defense using intuitive controls that went through endless iterations to provide the best possible experience.

Replay chapters to increase your treasury, and grind as much as you like to improve your destructive and defensive powers. Or don't! The game is balanced with care to not require any tedious grinding unless you want to.

Finish chapters one after another without failure and spin the Chapter Streak Prize Wheel to get rewards of increasing value at the end of each chapter.

Unlock the endless mode by finishing the main storyline and continue punishing evil without limitations.

In order to download this game you must purchase it at or above the minimum price of $1.99 USD. You will get access to the following files: 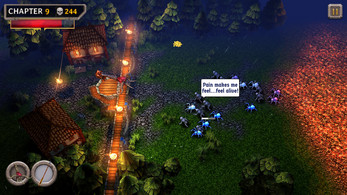 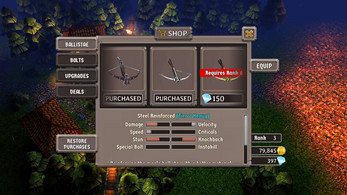 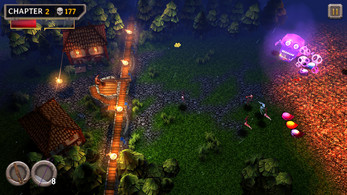 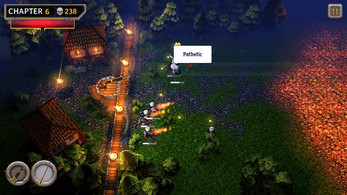 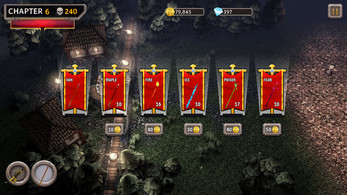